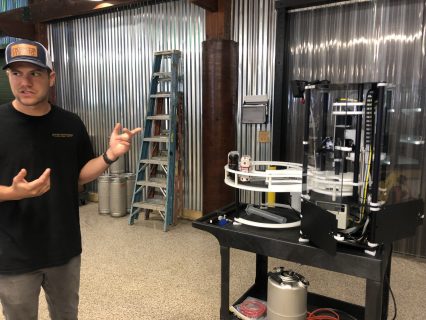 After opening to the public in 2020, Jeter Mountain Farm saw unexpectedly high sales of their hard cider, which was produced using their apples. In 2022, in order to have a better product for the public and a more efficient system, they will offer 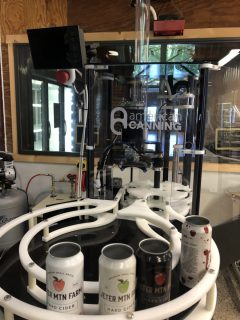 hard cider that is fermented and kegged/canned on site. In addition, they will expand fresh cider production to include non-alcoholic sparkling canned apple cider.

Having already invested in hard cider production equipment, the grant will pay for a canner which will be used in the production process of both hard cider and a new sparkling canned apple cider. In addition to quality of product, the canner will prevent delays in production, allowing them to maximize sales with ease.

Can’t make an information session in person? You can watch the 2023 Information video HERE.   END_OF_DOCUMENT_TOKEN_TO_BE_REPLACED

You are invited and encouraged to attend an informational meeting about the WNC AgOptions grant program for growers and producers in 2023. Representatives from the WNC AgOptions program will be present to discuss the program, go over the 2023 application... END_OF_DOCUMENT_TOKEN_TO_BE_REPLACED

John Dugan and David Anderson, Dugan Farms Food Safety Produce Packing Shed Grant Award: $6,000 Dugan Farms currently has no way to meet GAP and other food-safety requirements and there are no packing and washing sheds available to farmers on... END_OF_DOCUMENT_TOKEN_TO_BE_REPLACED