Evan has purchased a walk-behind tractor and implements to expand his operation from two-tenths of an acre to one acre, which should double his sales in one year. While transitioning from solely using hand tools to small-scale mechanization, he is keeping his commitment to maintaining soil quality. 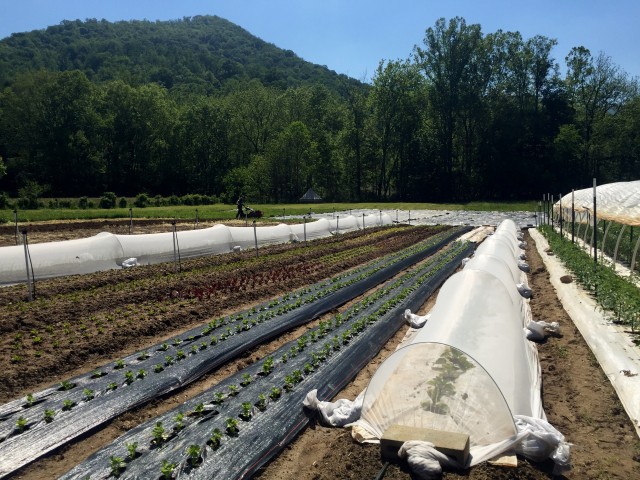 To achieve this goal, he chose a BCS model 853 walk-behind tractor with a 14 hp Subaru/Robin gas engine, with implements including a R2 Rinaldi 30″ power harrow, Berta rotary plow, and Berta 34″ flail mower.

“With this tractor and these implements, I am confident I will be able to quickly prepare permanent beds, and incorporate crop debris and green manures in an effort to generate my own fertility, all the while maintaining soil structure, the microbial health of the soil, organic matter, and the many other attributes that are cornerstone to a no-till system of agriculture,” Evan said. “I will be able to farm in the ecologically and high-production oriented way that is very similar to the current model that I implement on 8,000 square feet.” 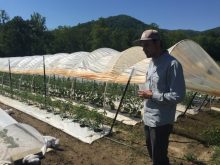 Evan uses the plow to move soil from paths to permanent beds on a continual basis, compensating for the settling and eroding of beds over time. The flail mower shreds green manure crops and debris from large crops, and then the plow covers them lightly with soil. Evan then spreads black plastic tarps over his beds so that the heat speeds up decomposition of crop debris—without tilling. He prepares his beds with the power harrow, creating a fine seedbed prior to direct seeding or transplanting.

A few of the specialty crops he grows include: greens such as radicchio, little gem lettuce and mache; herbs such as costmary, rue, broadleaf thyme and lemon bergamot; unique vegetable varieties such as Espellete pepper, Cipollini onion and Oxheart tomato; and a dozen types of edible flowers. He has farmed full-time since March 2014, intensively growing on an 8,000 square-foot hillside, marketing high-value crops to chefs. 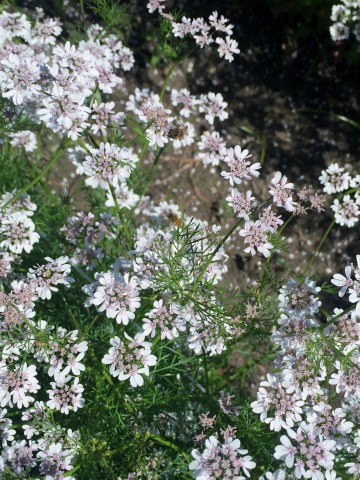 Evan cultivated the hillside in Weaverville using hand tools only, without the help of any employees or apprentices, generating enough income to farm full-time. Now that he is expanding to a four-acre tract of land in Reems Creek Valley, he is hiring one employee.

Evan’s love of food and cooking inspired his farming career. In his mid-teens, he realized that to cook the best food, he needed the best ingredients. He studied food culture and sustainable agriculture at Vassar College, graduating in 2010. Other than training at a six-month apprenticeship, Evan is almost entirely self-taught in operating a farm business.

Evan works closely with chefs such as Justin Burdett of Local Provisions. He has a Buyers Club model in which he sends out weekly lists of available products. Customers then respond with their orders and pick up at a central location.

Can’t make an information session in person? You can watch the 2023 Information video HERE.   END_OF_DOCUMENT_TOKEN_TO_BE_REPLACED

You are invited and encouraged to attend an informational meeting about the WNC AgOptions grant program for growers and producers in 2023. Representatives from the WNC AgOptions program will be present to discuss the program, go over the 2023 application... END_OF_DOCUMENT_TOKEN_TO_BE_REPLACED

Dalton Rhodes, Rhodes Berry Farm Make Blackberries Local Again Grant Award: $6,000 Currently, Rhodes Berry Farm sells their entire product to a national broker who markets in the midwest and northeast of the US. Research has shown that the farm... END_OF_DOCUMENT_TOKEN_TO_BE_REPLACED

Timothy Keller, Keller Farm Goat Expansion for Profit Grant Award: $8,000 With the goal of increasing their goat herd to 100 head by 2026, the Kellers will convert approximately 3,000 feet of barbed wire previously used for cattle containment to... END_OF_DOCUMENT_TOKEN_TO_BE_REPLACED