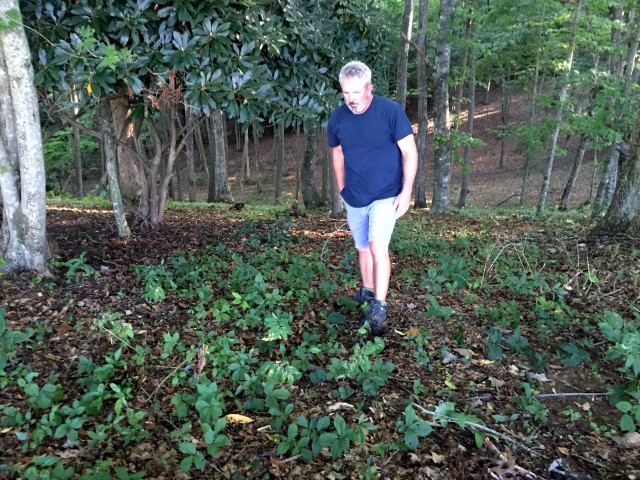 Todd is growing a trial acre of organic ginseng, testing out a new organic product, Root Shield, which contains a beneficial fungus that eats problematic fungus. Typically ginseng growers need to apply chemical sprays in their woods every 14 days, or more frequently in rainy weather, to treat fungus issues. Root Shield, which is not affected by rain, lasts for ten weeks. With less labor and product needed to spray ginseng, Todd estimates a minimum savings of $300 per acre per growing season. 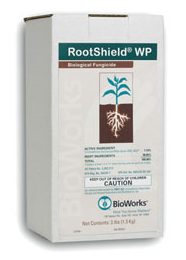 “If no disease occurs in the Root Shield treated ginseng during a year’s growing season, I will be satisfied that it is a safe substitute for intense chemical spraying,” Todd said. He has another three acres of ginseng that he would like to grow organically, and plans to expand to approximately 12 acres over the next eight years.

Organic ginseng commands a higher price in the market. “The biggest benefit for me would be peace of mind knowing that the chemicals going into our forests have been greatly reduced especially if other ginseng farmers in the area can be convinced to follow suit,” Todd said.

Todd is working alongside N.C. Cooperative Extension Agents to establish relationships with Asian buyers, with the aim of making Western North Carolina known for the highest quality ginseng.

The 2022 WNC AgOptions grant cycle is closed.   Please check back in March for the list of the 2022 grantees!   The 2023 cycle will launch in the late summer. Please email us HERE to be notified! END_OF_DOCUMENT_TOKEN_TO_BE_REPLACED

Farm grantees show resilience in the face of COVID WNC AgOptions grantees receive $219,000 for farm projects ASHEVILLE, N.C.—Farmers in western North Carolina are receiving support to expand, diversify and modify operations in the midst of a pandemic. WNC Agricultural... END_OF_DOCUMENT_TOKEN_TO_BE_REPLACED

David Anderson, Sporadic Farms On Site Cold Storage Building Grant Award: $6,000 David plans to expand and improve the sustainability of his business by building an on-site carport with cold storage. Mushrooms are sensitive to bacterial blooms, so maintaining the... END_OF_DOCUMENT_TOKEN_TO_BE_REPLACED