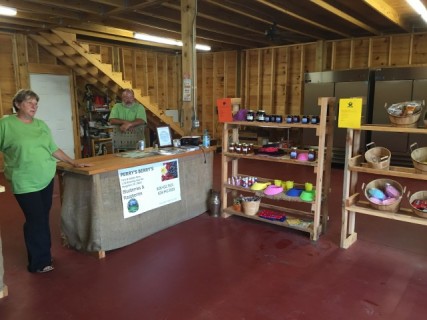 Cold Storage and Processing of Blueberries 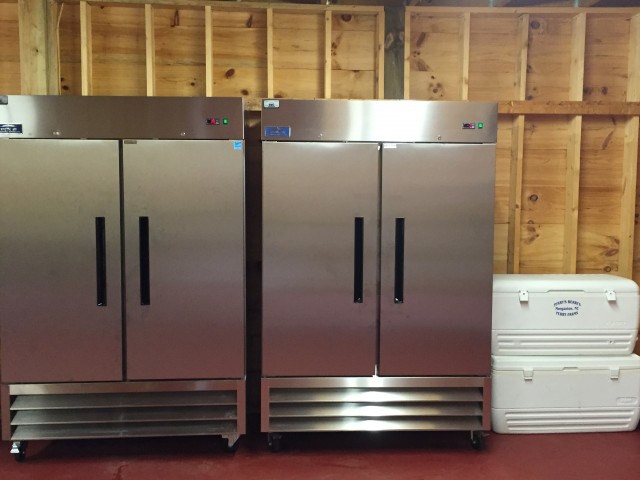 Debbie and Terry have grown their consumer market by at least 30 percent with increases to blueberry shelf life. They purchased an air-forced refrigerator, which has lengthened shelf life up to two weeks, and a commercial freezer, which has added six months to their selling period and allowed them to completely sell out of all their blueberries. 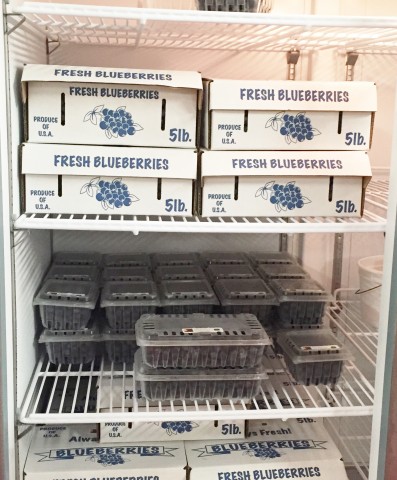 With the addition of the cold storage, they have reduced losses from 20% in 2014 to less than 5% in 2015. Now Debbie and Terry can fulfill customer demand as local microbrewers request up to 50 gallons at a time. In 2015 at the height of their season, they sold 100-150 pints a week. They also serve restaurants, bakeries, and coffee shops and Food Matters (retail organic market), sell at Morganton, Marion and Banner Elk Farmers Markets, and open their farm to pick-your-own customers.

Debbie and Terry established the 8-acre farm in 2009 and opened to the public in 2013. They are retired nurses who “value the importance farming plays to obtain optimal health,” Debbie said. They provide educational material related to nutrition, life cycles and good health practices such as hand washing.

The farm has welcomed more than 2,500 visitors from throughout North Carolina and surrounding states. With the addition of cold storage, they have hired 6 part time employees.

The 2022 WNC AgOptions grant cycle is closed.   Please check back in March for the list of the 2022 grantees!   The 2023 cycle will launch in the late summer. Please email us HERE to be notified! END_OF_DOCUMENT_TOKEN_TO_BE_REPLACED

Farm grantees show resilience in the face of COVID WNC AgOptions grantees receive $219,000 for farm projects ASHEVILLE, N.C.—Farmers in western North Carolina are receiving support to expand, diversify and modify operations in the midst of a pandemic. WNC Agricultural... END_OF_DOCUMENT_TOKEN_TO_BE_REPLACED

Jerry W. Causby, Causby Greenhouse Greenhouse Improvements Grant Award: $6,000 Once a thriving greenhouse business and an important part of the community, production at Causby Greenhouse has decreased over the past years. In order to increase production of vegetables and... END_OF_DOCUMENT_TOKEN_TO_BE_REPLACED